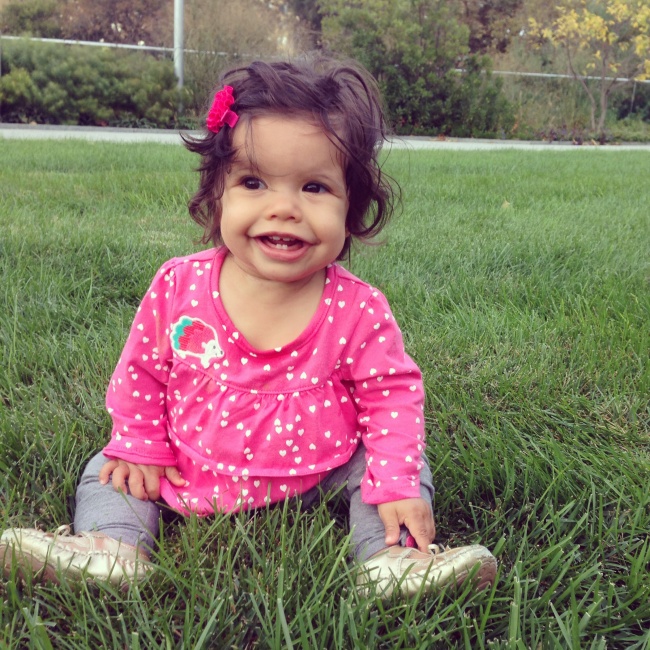 I never thought I’d know what it’s like to sit across from a genetics genius and have her tell you the very hard things that change life forever. August 2nd 2013 is a day I won’t and can’t soon forget. The Friday that I kept asking myself, “How did we get here?”

I remember it in bits and pieces, both generally and specific…we didn’t plan on going that day, they said it would take 3 months. But it didn’t and they called after just 5 days and said “Can you come this afternoon at 1:00?” So I scurried and shuffled and arranged for my other three loves to be taken care of and I called hubby and told him I would go and it’s ok that I’m alone because there “just isn’t any other way today…we didn’t have a chance to plan for this…”

And so we went, me and my babe who would turn 8 months the very next morning. My babe who I just knew in my very core was different and needed me to know why. We went. Just Emmy and me…because Mamas walk hard roads with their babies even when they don’t want to face the fear of fear.

So we checked in and they were friendly and marveled at her hair (everyone does) and her eyes (they twinkle) and her smile so big and endearing (it’s her trademark). They took us back and the hall was long and unfamiliar and they gave us a room. I still remember the room. They weighed her (“She’s so petite!”) and I smiled and agreed and then we sat in our room and we waited some more. Finally, a knock and a stoic introduction and lots and lots of questions to which I had answers and all the while a well of emotions that rolled and thundered and lurched inside…

“May I see pictures of your other children?”
“Sure!” (They are beautiful and she looks like them…except sometimes she doesn’t.)

“Mrs. Manni, have you ever noticed that Emerson doesn’t look like your other children?”
“Sometimes.” And a hot tear came from the depths and welled up but I told it to stay put.

And there was more and she was supposed to be writing but I saw that she wasn’t and I saw her eyes studied and stayed on my Emmy. My Emmy intrigued and her features confirmed. And good doctors look (really look) when they suspect. She suspected and she looked.

Then I said, “I’ve been reading about something called Williams Syndrome.”

An affirmative nod…”Yes, I think she has Williams Syndrome. I’ll be right back”.

And the door closed behind her and and I pulled my babe to my chest and held her tight. I held her and then kissed her forehead like I’d done so many times before but this time I felt the truth was approaching us quickly and I had to hold on tight. And hubby was texting with his heart in his throat wondering “How is it going?” A quick reply that was something of “they think she may have this but it’s ok because she’s wonderful and it’s always been this way, we just didn’t know”.

Then 5 people came in and said they had some work to do. They asked me more and held her tiny hand and showed me a line there that I didn’t have and my heart raced and again I shooed that tear away for fear the dam would break. They measured and examined, they noted and talked, they walked me through their observation but I limped behind them, too much to take in… I wanted to think that things were fine and all of this came from my worried imagination. I wanted to speak up and say in that moment, “But she’s so engaging!” But I stayed in reverent silence and just then the geneticist said, “See how she doesn’t let me out of her sight? How she focuses on me no matter where I go? That is telling me it’s Williams Syndrome because that’s what they do.” The one thing that had given me hope until now that all was fine, the fact that she was so attentive to the world, was the very thing that was convincing them of her disability.

They showed me pictures in a book and I saw her smile on the face of another child and they told me to “keep my head and hang in there because we had to wait the 7 days until the blood test confirmed”…confirmed what I already knew. I knew that day that her secret had been Williams Syndrome and nothing else. We had found an answer and I was relieved and completely terrified. I was drawn to her in a new way and simultaneously leveled as I began to feel the weight of life and the shift it was making. Because nothing would be the same now…

They recapped and gave instruction.
I told myself to breathe.

They spoke of follow up and phone calls.
I reminded myself to stand.

They said goodbye and shook my hand.
I packed up and made the hard choice to steady my trembling hand, pick her up, and start walking.

“We didn’t have a chance to plan for this.”